Boston Energy welcomes Armed Forces leavers for training to complete their transition into the wind industry.

After a successful ex-forces recruitment event, which took place at Boston Energy Head Office in June, we were delighted to welcome our new recruits back to complete their GWO training.

Our new trainees come from varied backgrounds in the armed forces, such as the Navy, Royal Marines and the Army. With their transferable skills, such as engineering and mechanical, they are able to transition to a career on the turbines, allowing them to progress further with skills they have already mastered during their time in the Armed Forces. 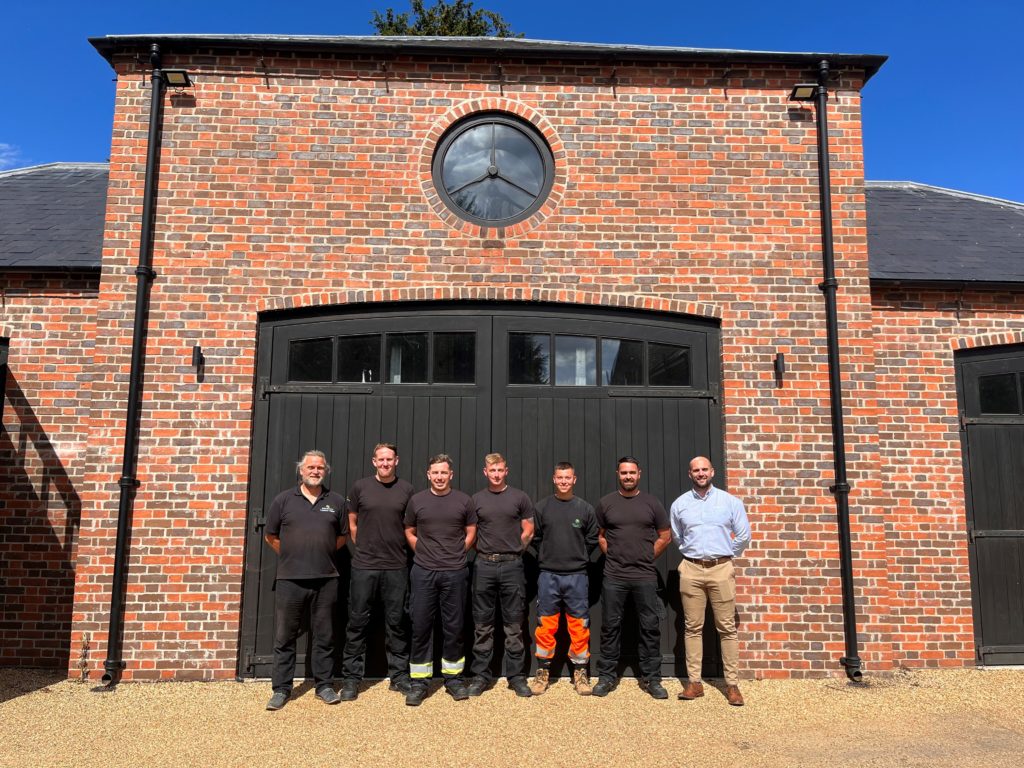 This week the team came one step closer to becoming fully certified wind technicians. We caught up with them as they completed their Generic Crane User training with Boston Energy training instructor, Jason.

“I’d spoken to a few people who said the wind industry was very ex-military populated, so I knew that the people I would be working with would be no-nonsense, professional and get the job done!

“I would 100% recommend Boston Energy to people leaving the Armed Forces, as from being here with these technicians, my expectations have been met. Our instructor, Jason, was experienced, and it was great to get his level of insight throughout.”

Spent his career with the Queen’s Royal Hussars

“I’ve always had an interest in renewable energy, and I know a few people who have left the Armed Forces and begun a career in the industry. It sounded like an interesting career path.

“Boston Energy provided us with the training we needed to get started in the wind industry – usually with other companies, it’s a requirement that you have it already. I’d applied to a few places and not heard anything for months whereas, with Boston Energy, everything was sorted quickly. The fact that the training is provided is already a good way into the industry.”

At Boston Energy, we pride ourselves on providing the opportunity for Armed Forces leavers to train with us, work with us and grow in a new career supported by us and the clients we serve.

If you are an Armed Forces leaver looking to enter the wind industry – take a further look at our ex-forces recruitment services here.

Boston Energy Wind Power Services are proud to be partnering with Community College of Rhode Island as a consultant for...

The Puffins have landed! Boston Energy sponsored puffin lands on the East Yorkshire coast as part of exciting local campaign

The puffins have landed! The Puffins Galore campaign has now been installed with brightly decorated puffin sculptures landing along the...

Summer Sale begins at Boston Energy! 10% off all GWO courses until 30th September

Grab 10% off Boston Energy Technical Training Courses this Summer! Until the 30th of September 2022, Boston Energy is offering...

Why work for Boston Energy? From our support team at Head Office to our technicians across the world, our people tell us why they chose their career with Boston Energy

Since our conception in 2012, Boston Energy has gone from strength to strength – with projects won in new regions...

You can find out more about which cookies we are using or switch them off in settings.

This website uses cookies so that we can provide you with the best user experience possible. Cookie information is stored in your browser and performs functions such as recognising you when you return to our website and helping our team to understand which sections of the website you find most interesting and useful.

Strictly Necessary Cookie should be enabled at all times so that we can save your preferences for cookie settings.

If you disable this cookie, we will not be able to save your preferences. This means that every time you visit this website you will need to enable or disable cookies again.

This website uses Google Analytics to collect anonymous information such as the number of visitors to the site, and the most popular pages.

Please enable Strictly Necessary Cookies first so that we can save your preferences!